This was my final project for my Intro to Modeling and Motion Class during freshman year. The assignment was to come up with an original character design and create a model that is rigged for a short animation. I created and animated the model in Maya, and textured the whole scene in Substance Painter. 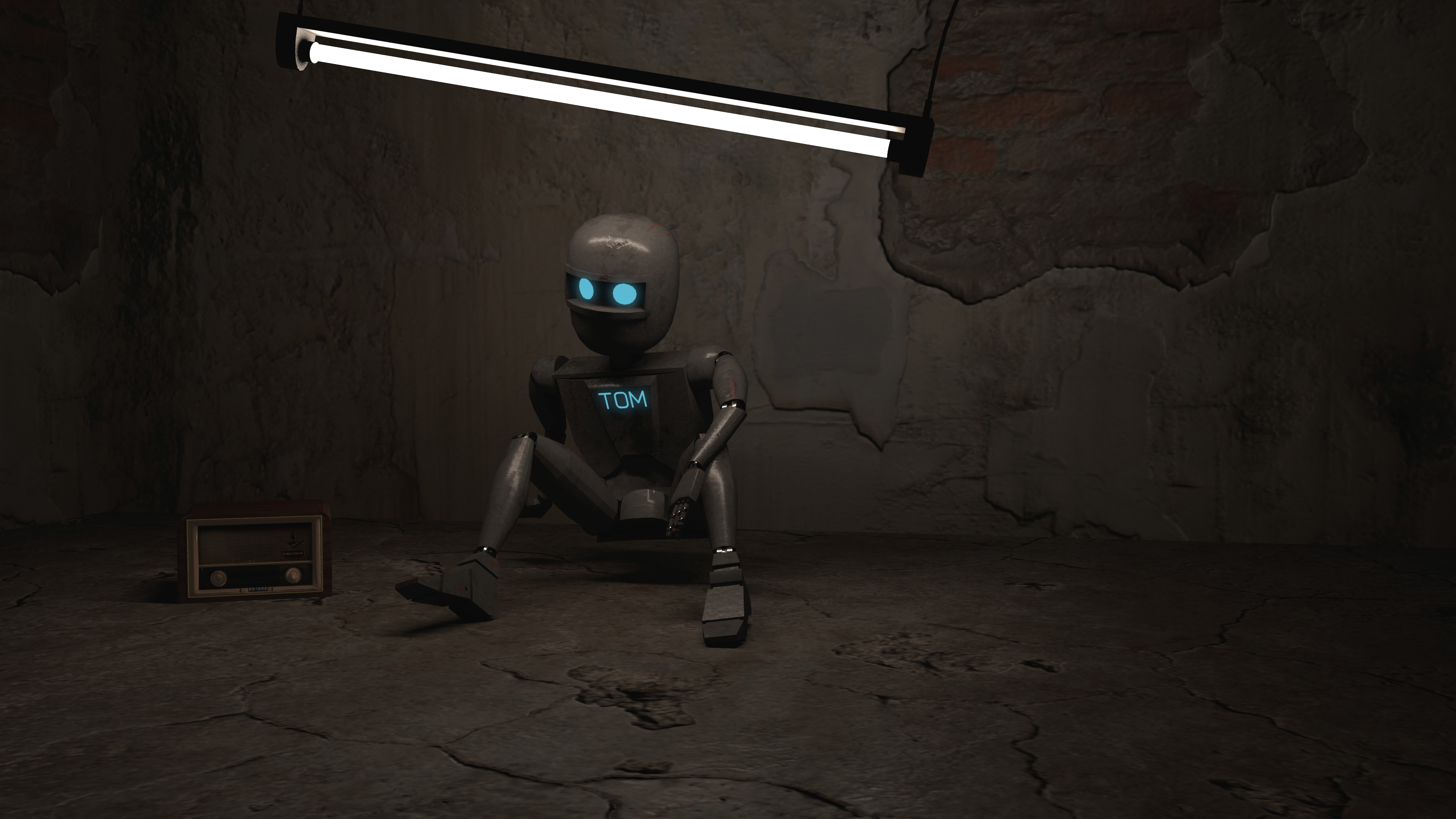 After sketching out my original concept for the character, I chose to go with a dystopian scene as it would allow me to do a lot with the lighting and texturing. I decided to use one of my favorite childhood movies, Wall-E as inspiration for the project. Similar to Wall-E, Tom is a robot designed to do a single task that is stranded in some sort of dystopia. Tom (Tester Of Music) was designed to test music, and respond according to how good the song is. In the animation, which can be played with pretty much any song, Tom is sitting in a room bopping along to the music playing on the radio beside him. 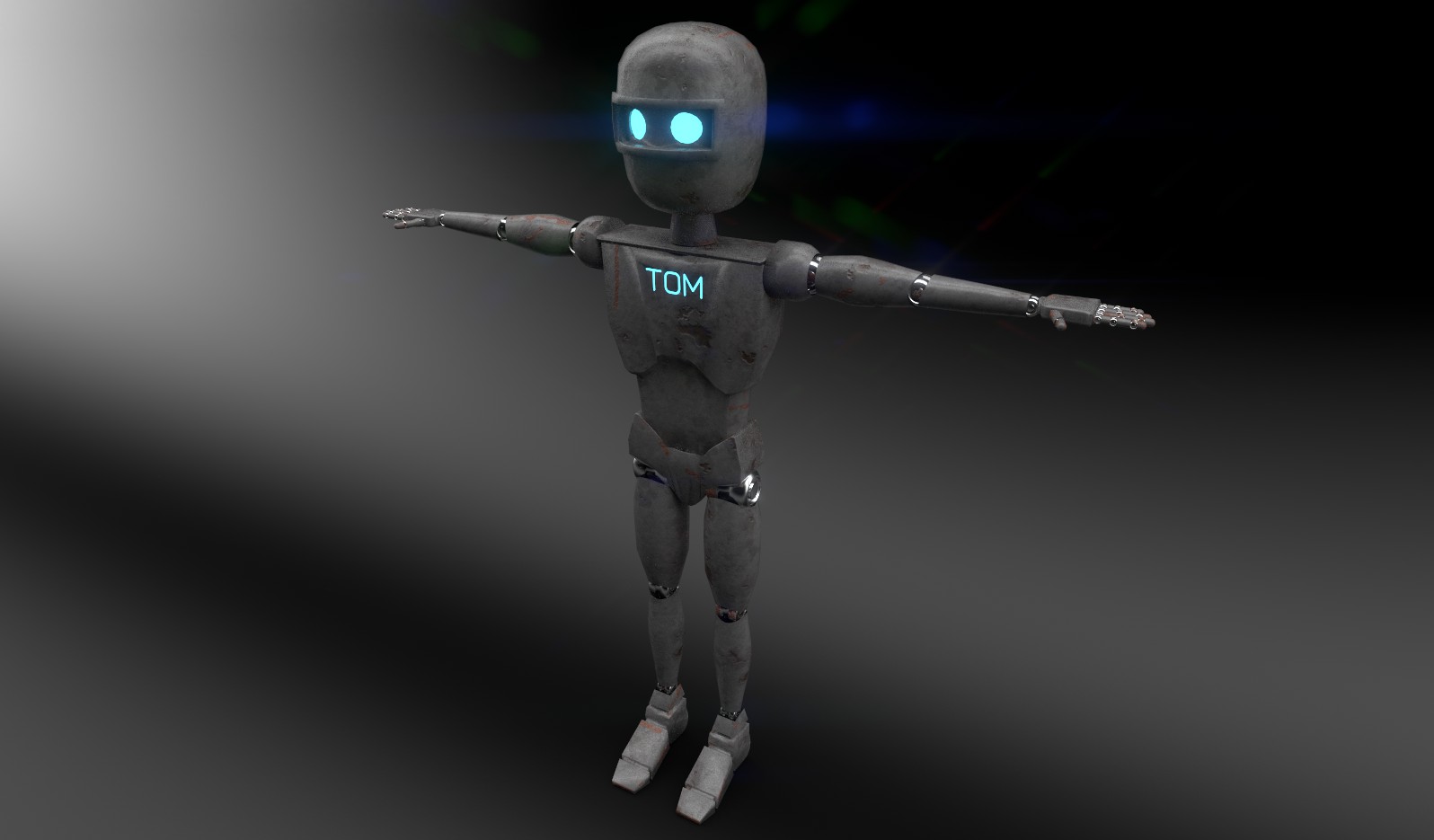 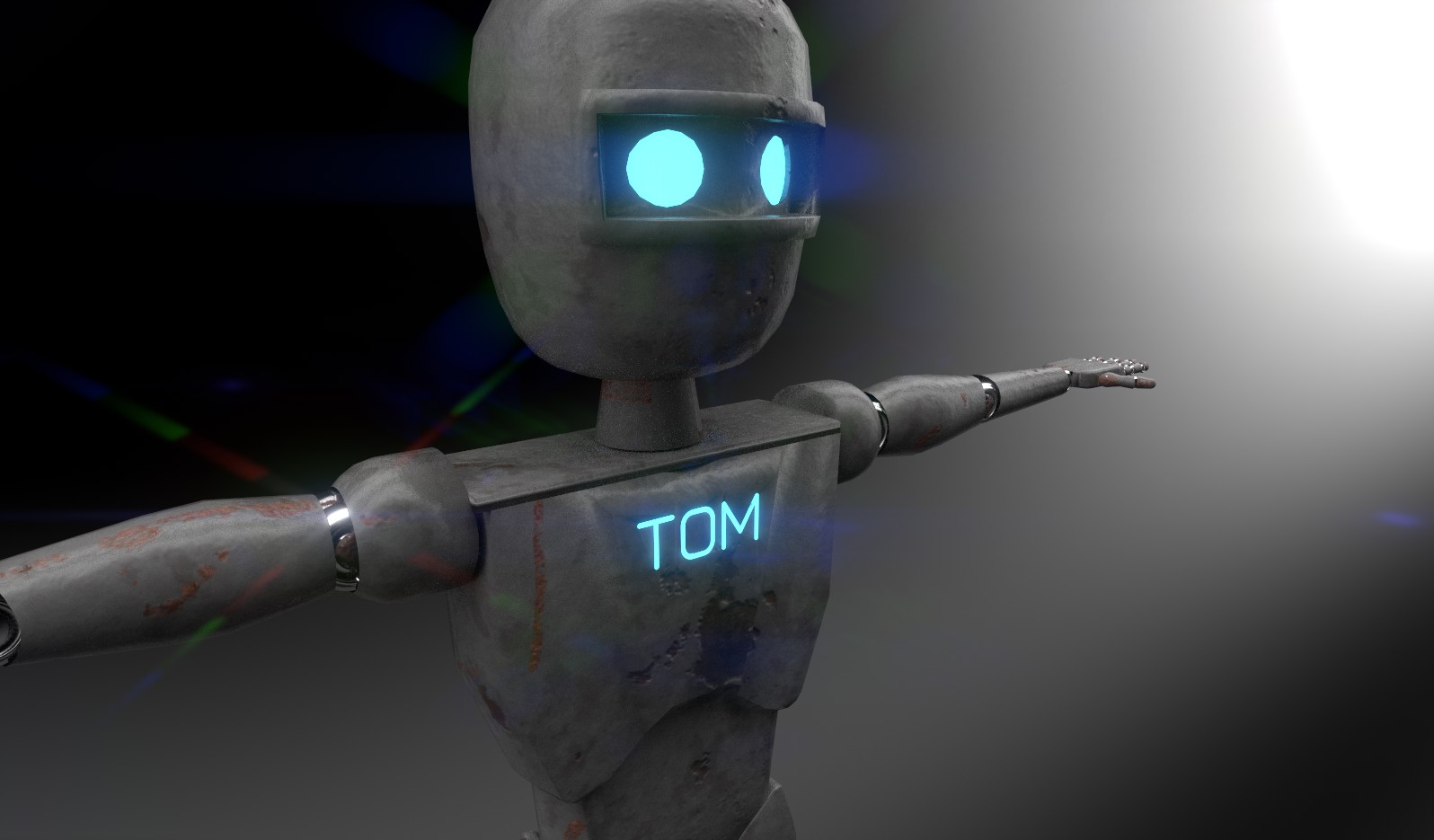