During the 2018-2019 school year, I assisted as a Technical Artist and 3D Asset Producer for an academic project called DreamEscape. The project was for a year-long graduate level Capstone Design course for students in the Game Design & Development Masters Program. Although I was not enrolled in the course, I worked as a part of the team to help create assets and collaborate to create the game's visual style 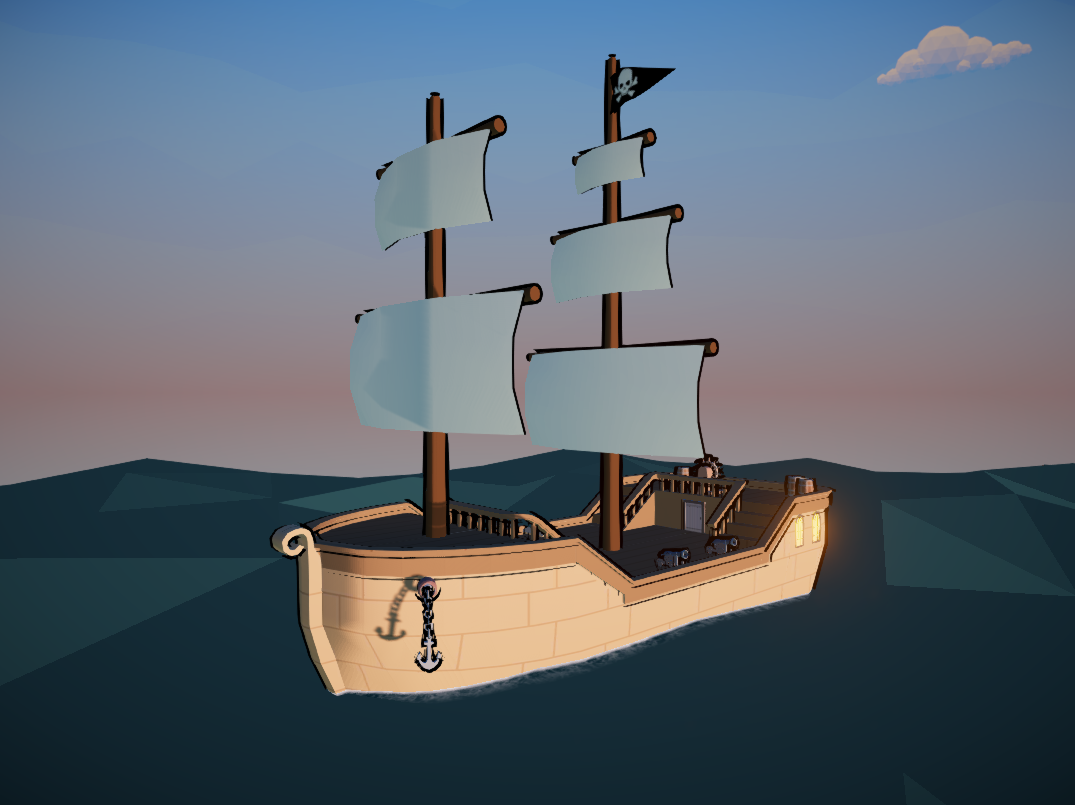 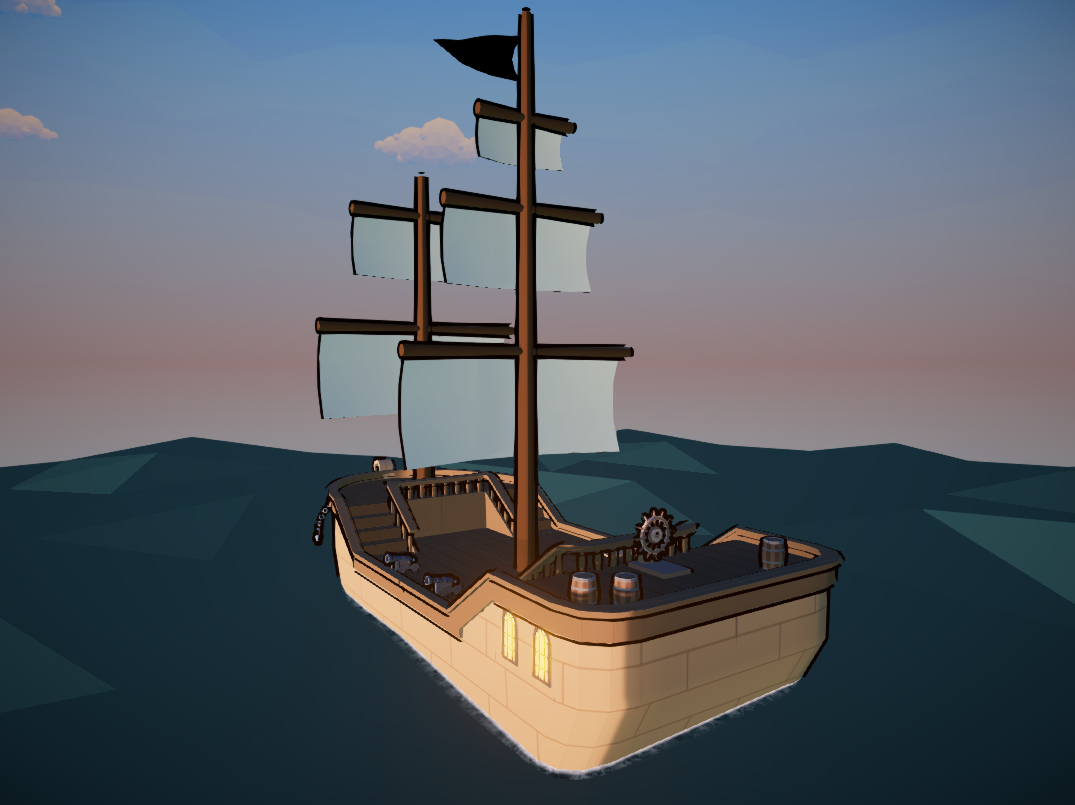 The main model for the first level is a pirate ship. We decided on a simplistic/cartoonish style for the game, so I created the model in Blender and textured it in Substance Painter to fit the theme. After importing the model into Unity, I added a toon shader along with some other low poly assets. Additionally, I implemented a water shader and skybox from Unity's asset store 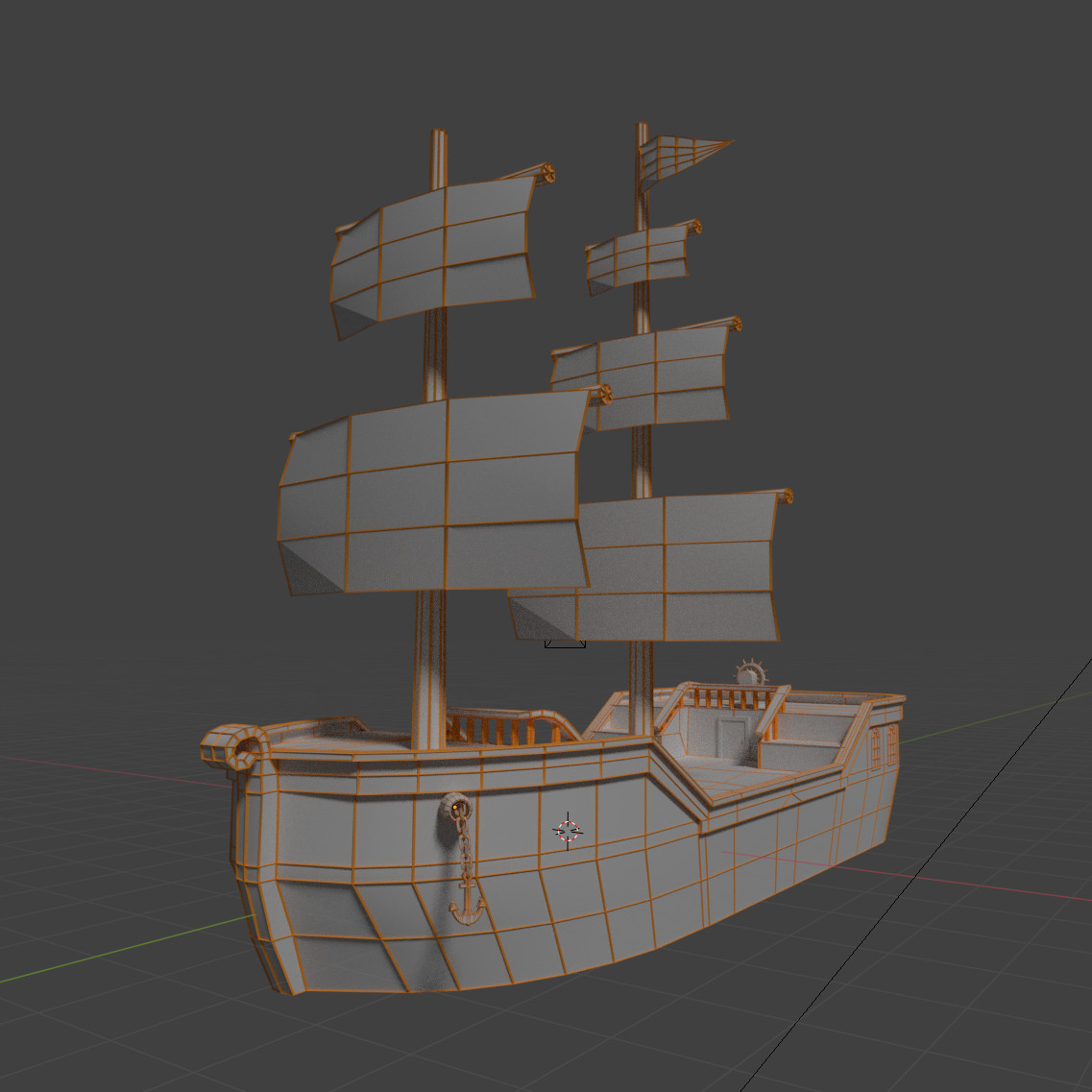 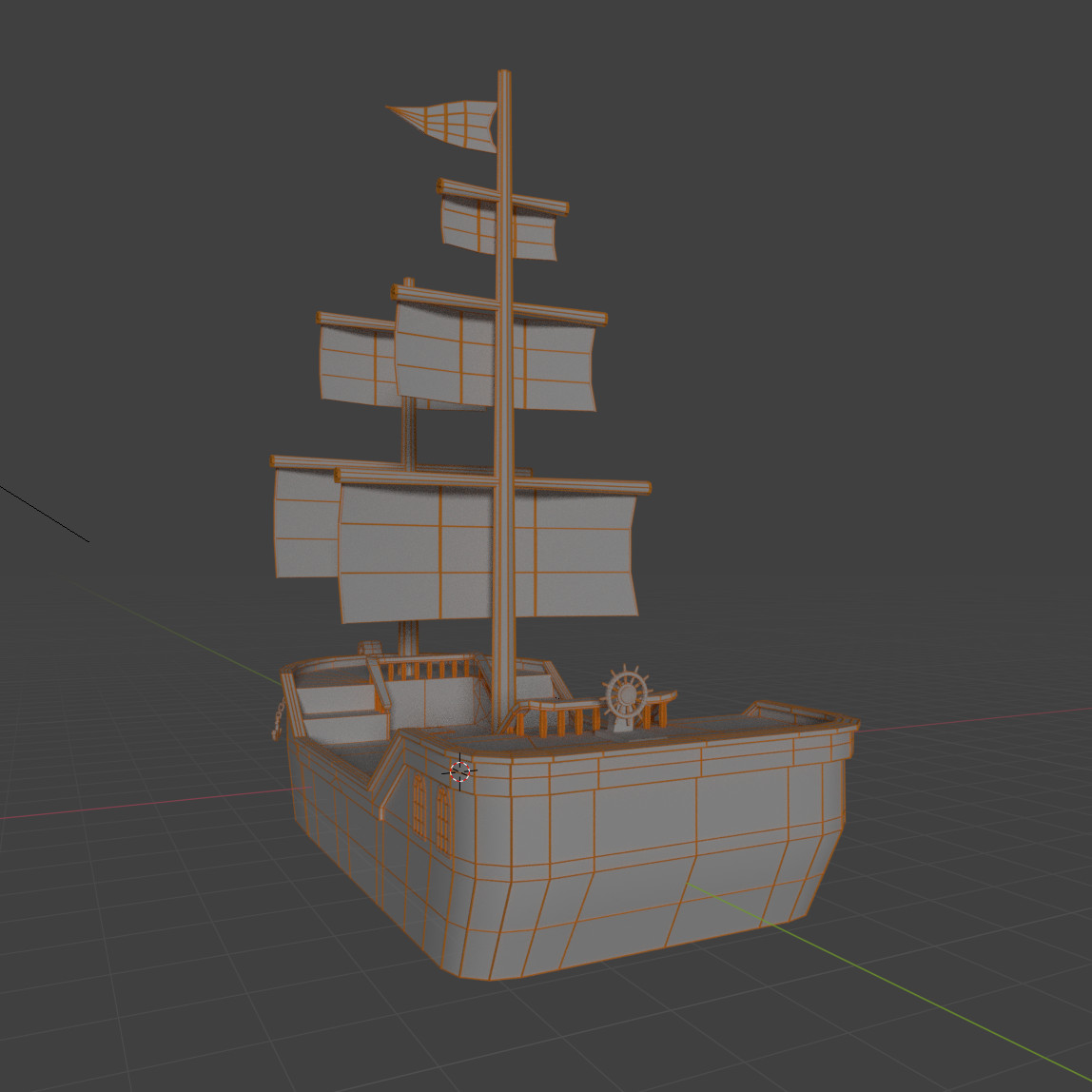 Wireframe views of the model in Blender

One of the assets I created is a cannon, which is animated using shape keys in Blender. I also created a particle effect system to go along with it in Unity

I also created a generator model that could be triggered and activated when players were within range. I created an on state animation, as well as a lever switch animation. After creating the model and animations, I created an animation state machine in unity with variables that could be easily altered by other scripts in the project being written by other developers.